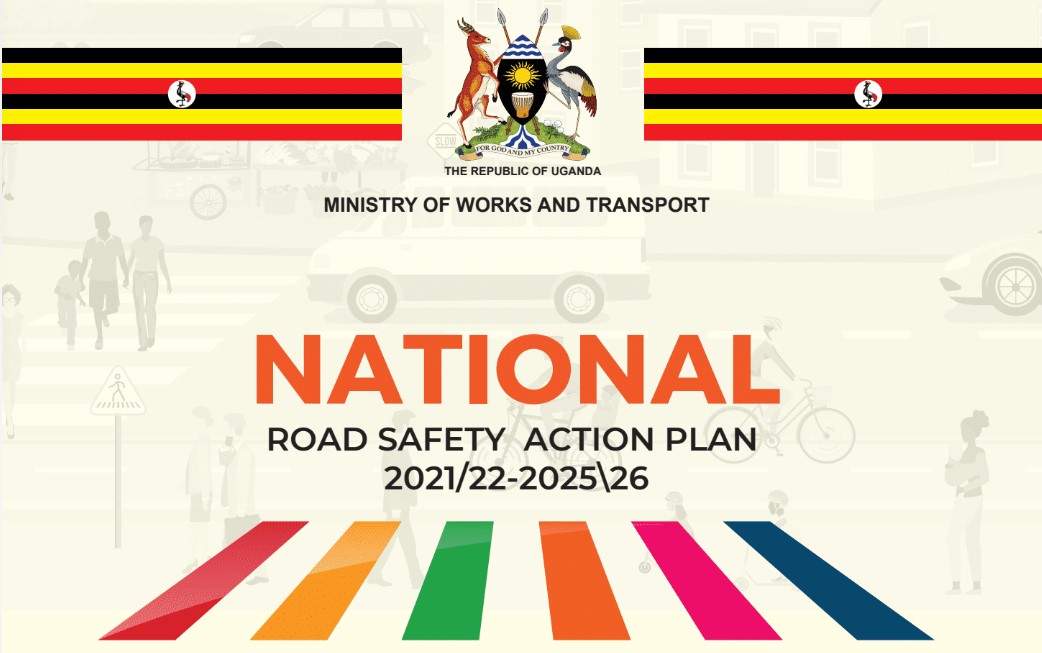 iRAP congratulates the Ugandan Government and stakeholders on the release of Uganda’s National Road Safety Strategy and Action Plan for 2021-2026 with 3-star or better targets set, in line with UN Global Road Safety Performance Targets 3 and 4.

The comprehensive strategy supported by a UGX124Bn (USD$33M) budget for safer road infrastructure includes a range of actions, alongside their relevant performance indicator, responsible entity and budget. The following table also includes how the iRAP methodology, tools, training and programme support can assist the government’s five year plan.

In the report’s foreword, The Hon. Edward Katumba-Wamala, Minister of Works and Transport Uganda acknowledged, “The number of crashes and crash fatalities on our roads remains unacceptably high, with an estimated 12,589 and 4159 respectively as reported in the Annual Traffic and Crime Report by the Uganda Police Force (UPF) in 2021.

“More than half of these fatalities are among vulnerable road users: pedestrians, passengers, cyclists and motorcyclists. Improving safety on our roads is, therefore, critically important for us to achieve sustainable development and the fight against poverty.

“Government is committed and has already started implementation of a number of interventions to address road safety in collaboration with other stakeholders. The National Road Safety Action Plan has been developed in consultation with all relevant stakeholders to set out a coordinated effort for implementation of road safety interventions for the next five years, as a guiding tool geared at contributing to the prevention and reduction of road crashes by 25%.

“Uganda is committed to the implementation of actions needed to achieve that target and we pledge our readiness to work with all stakeholders in Government, the Private Sector and Non–government Organisations as we embark on the 2nd Decade of Action for Road Safety by acting boldly and decisively during the implementation of actions that are evidence–based and in line the Global Plan of Action on Road Safety 2021-2030,” Mr Katumba-Wamala outlined.

This is the first five-year National Road Safety Action Plan for Uganda for the second period of the Global Action 2021-2030. At the end of the Five-Year period, a review will be conducted and, based on its findings, a new action plan will be developed for the rest of the years to 2030.

iRAP and its more than 180 local partners in Uganda have already assessed 2,577km and 110km of designs and 3 schools, influencing the safety of more than USD$150.8 million of road infrastructure investment. Over 48 people have been trained at  events held in-country and nearly 200 have received training on-line. Seven practitioners are already iRAP accredited to support delivery of the National Strategy actions and outputs.

According to iRAP’s Safety Insights Explorer, achieving greater than 75% of travel on 3-star or better roads for all road users by 2030 in Uganda stands to save an estimated 5,314 lives every year and more than 1.8 million lives and serious injuries over the 20-year life of treatments with an economic benefit of over USD$14.4 billion – an amazing $55 for every $1 spent. 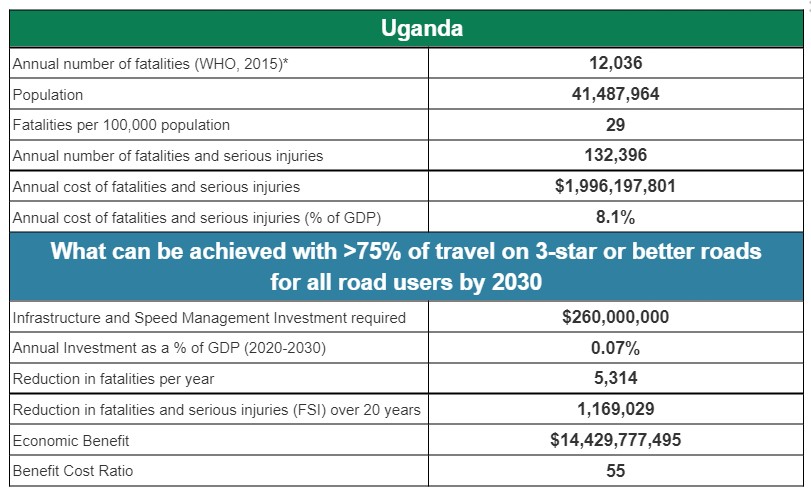 The iRAP methodology is free for all countries to use, with our Global Infrastructure KPIs providing the policy road map and recommended metrics for measuring success.