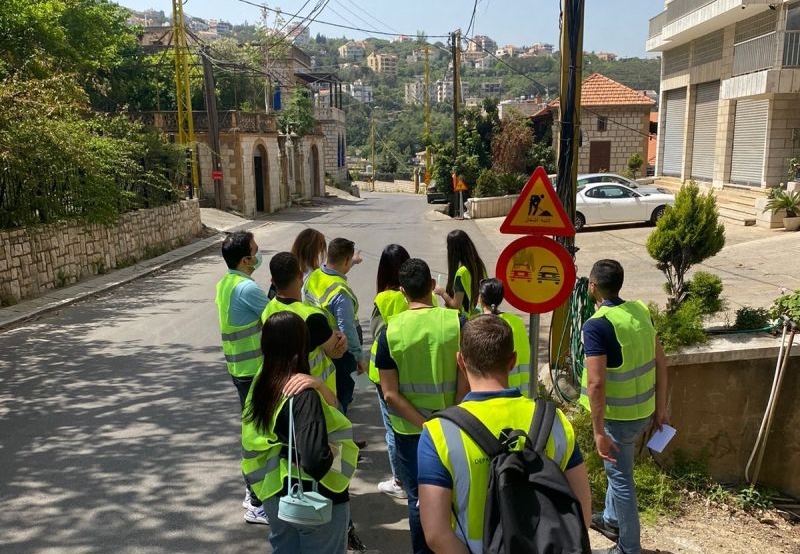 Following an iRAP assessment of more than 6,000km of roads in Lebanon in 2016 and World Bank-funded infrastructure upgrades, road safety audit training led by FPZ continues today helping to improve road safety in the country.

iRAP Centre of Excellence University of Zagreb Faculty of Transport and Traffic Sciences (FPZ) ran theoretical classes last week as part of a practical Road Safety Audit of two work zone sites with Saint Joseph University of Beirut (USJ) Faculty of Engineering (ESIB) students, and representatives from the Council for Development and Reconstruction (the Employer), consultants and contractors.

Dr Marko Sevrovic, Head of the Transport Planning Department of FPZ said, “It’s good to see the collaborative efforts of local development partners and iRAP assessments from 2016 resulting in actual improvements on the road network in Lebanon.” 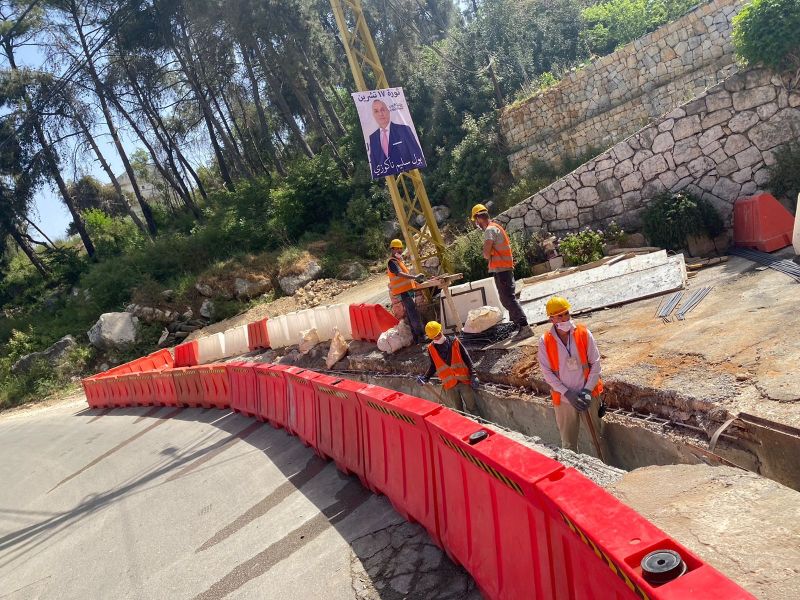 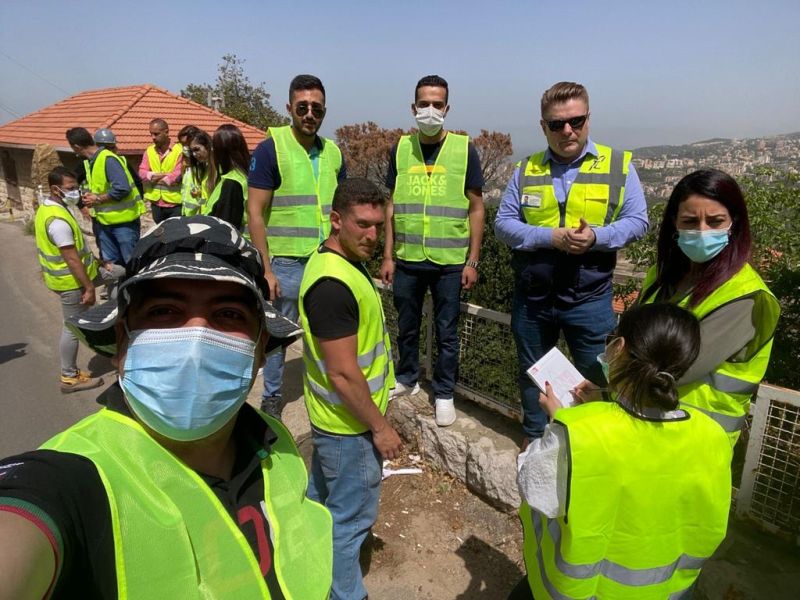 According to World Health Organisation data (WHO, 2015), around 11,990 people are killed or seriously injured annually on Lebanon’s roads at a cost of USD$2.28 billion to the national economy (4.4% of GDP).

In 2016, FPZ with iRAP Accredited and internationally experienced staff, conducted a Pavement Condition and iRAP Star Rating for 6,070 km of the Lebanon classified road network and provided training for local consultants.

An analysis of road traffic crashes showed that collisions between vehicles (predominantly passenger cars) accounted for 47% of road crashes and pedestrians were involved in 29% of crashes. Half of the total number of crashes occurred on undivided two-way roads.

The 2016 assessment looked at the functional and structural condition of the road pavement and rated the safety of the network for vehicle occupants, motorcyclists, pedestrians and bicyclists from 1- to 5-stars.

Only 10% of the network was awarded the goal 3-star or better safety rating for vehicle occupants highlighting significant opportunity to improve safety, including for vulnerable road users, with targeted investment.

The Safer Roads Investment Plan recommended for the installation of roadside barriers and traffic calming, as well as improvements to delineation, signage, shoulder sealing and new pavement for maximised safety impact.

Informed by the assessment results, high-risk road sections are being upgraded with a USD170 million loan from the World Bank.

In addition, FPZ is partnering with Saint Joseph University of Beirut (USJ) to build local capacity. This follows FPZ and USJ ESIB’s provision of certified RSA training in 2021 to 20 local experts who now perform road safety auditing services for the roads under improvement by the Lebanese Government with the loan from the World Bank.

According to iRAP’s Vaccines for Roads Big Data Tool, achieving greater than 75% of travel on 3-star or better roads for all road users in Lebanon by 2030 stands to save 80,163 fatalities and serious injuries over the 20 year life of treatments with an economic benefit of $12.2 billion – a benefit of $54 for every $1 spent. 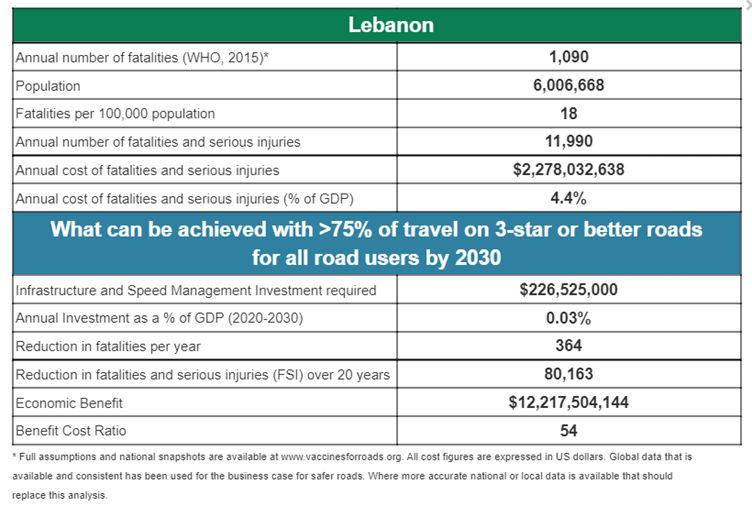