ITF Report: The future of motorway safety in Korea 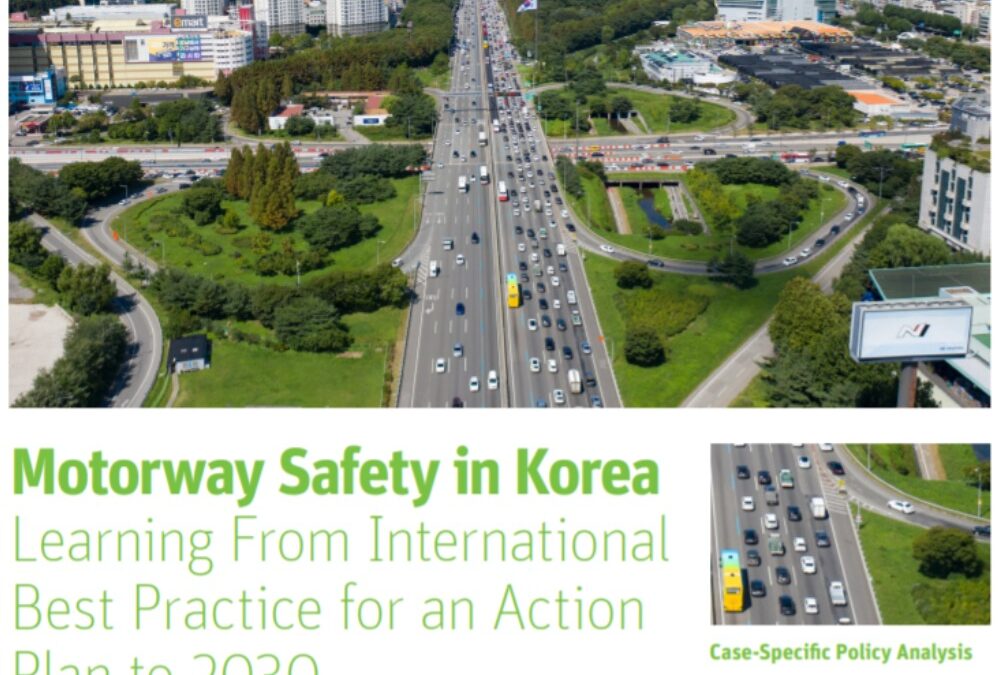 Following engagement with 40 Korean road safety experts and organisations, and a review of best practice in 10 countries, the International Transport Forum (ITF) has released a new report to guide improved motorway safety in Korea.

The report, Motorway Safety in Korea: Learning From International Best Practice for an Action Plan to 2030, examines international best practice in motorway safety across Australia, Canada, France, Germany, Italy, Japan, Korea, Netherlands, Sweden, the United Kingdom and the United States to determine which might be best suited to making Korea’s motorways safer.

Recommendations are offered for key local partners including MOLIT, KOTSA, KOTI, KoROAD and the Police Agency for an action plan to 2030, taking into account the expected uptake of connected and automated vehicles.

Motorway crashes kill over 200 people in Korea each year. With 2.8 traffic deaths per billion vehicle-kilometres, Korean motorways have a significant margin of progress towards the safety performance observed in Germany, Japan, the Netherlands and the United Kingdom, whose motorway network fatality rates range from 0.9 to 1.7.

Korea’s motorway safety has improved steadily over the years but progress has stalled since 2015, highlighting further progress is possible. 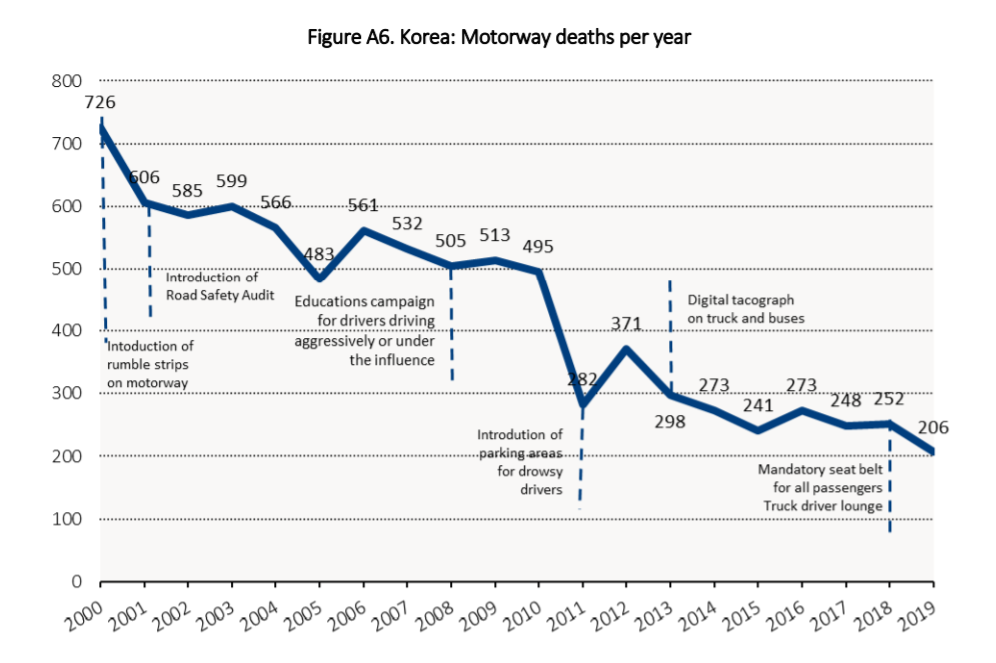 iRAP Star Rating assessments have been conducted on 1,670km.

According to iRAP’s Vaccines for Roads Big Data Tool, achieving >75% of travel on 3-star or better roads for all road users by 2030 stands to save 1,100 lives per year in the country with an economic benefit of USD$122 billion. 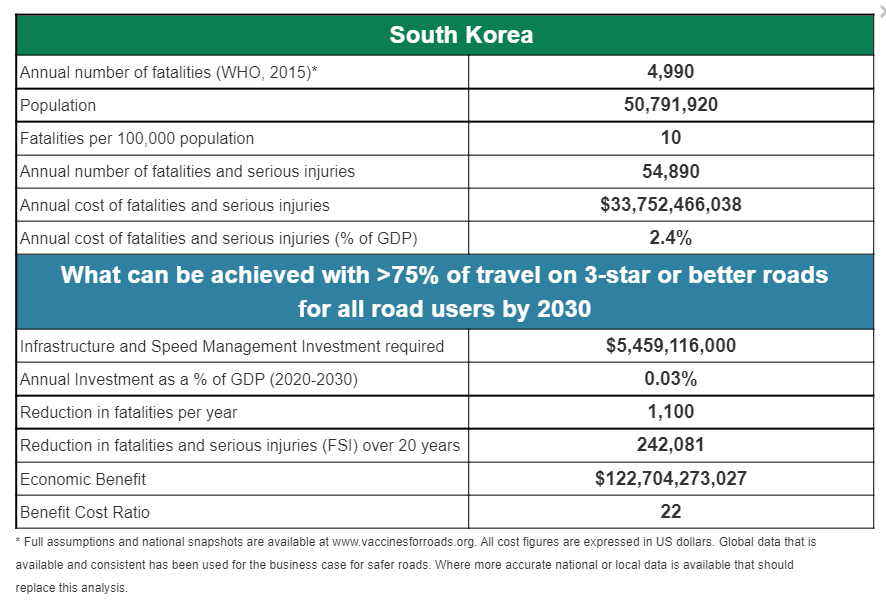 This report is part of ITF’s Case-Specific Policy Analysis series and was funded by Korea Expressway Corporation (KEC).

ITF is an intergovernmental organisation with 63 member countries. It acts as a think tank for transport policy and organises the Annual Summit of transport ministers.