Tuesday 17 December: iRAP and the World Bank deliver an important key outcomes webinar to share the success of the Bloomberg Philanthropies Initiative for Global Road Safety.

Over five years (2015 – 2019), iRAP has worked with the World Bank’s Global Road Safety Facility (GRSF) and local partners to assess more than 15,200 carriageway-kilometre (c-km) roads in ten cities and five countries as part of the Bloomberg Philanthropies Initiative for Global Road Safety (BI­GRS). This work has driven evidence-based interventions and importantly road upgrades saving 7,000 lives from countermeasures already implemented or scoped in designs.

A significant percentage of roads assessed are within the higher risk 1- and 2-star categories, especially for vulnerable road users – motorcyclists, pedestrians and bicyclists. The Initiative aimed to improve safety to a 3-star or better standard and significant improvement has already being achieved. 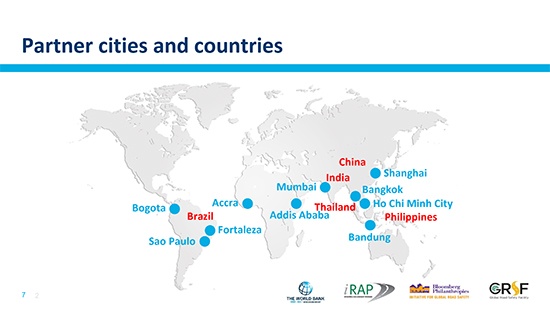 The significant potential to save lives

Using the iRAP methodology, it is estimated that if all the safety countermeasures suggested in these assessments of existing roads are implemented, around 6,900 fatalities in the cities and some 23,300 fatalities in the countries could be prevented between 2020 and 2030.

If serious injuries are also considered, these numbers will be more than 10 times higher – that is, more than 330,000 deaths and serious injuries in ten cities and five countries can be avoided over the next decade through implementation of the recommended safety countermeasures.

One of the reasons that we’ve seen outcomes from iRAP assessments translating into designs and actual upgrades of roads is that they have been linked with actual projects financed by the world bank. In total, BIGRS activities supported 24 world bank financed loans or advisory services, which have a total dollar value of almost $8 billion.

Building capacity and sharing knowledge is the key

Building knowledge in road infrastructure safety and the expertise to sustain iRAP assessments in the longer term has been a key focus of the program.

Overall, more than 7,600 people from government agencies, partner organisations, institutes, the private sector and non-government organisations have participated in training, workshops and presentations on iRAP content since 2015, including the popular online training courses introduced at the end of 2018.

Since adjustments were made to the iRAP Accreditation scheme in 2018, 40 practitioners, including in Tanzania, Ethiopia and Ghana have obtained, or are in the process of obtaining, iRAP Accreditation. With iRAP accreditation you become part of a community of experts that are able to perform iRAP-specification activities to the same consistently high level of quality worldwide.

Apart from the direct impact of the activities on the BIGRS project roads in cities and countries, the capacity building efforts have also helped to encourage and bolster other local safety initiatives.

The most notable is in China, where the ChinaRAP team has played a central role in the State Council supported national Highway Safety to Cherish Life program, which implemented engineering safety improvements on 300,000km of roads worth approximately CNY 36 billion (USD 5.1 billion) in 2016-18, making extensive use of the iRAP methodology.

One of the initiatives the iRAP team helped with was to perform a series of scenario tests, exploring the likely impact of different traffic speeds on safety. This helped build an evidence base to support a move to lower speed limits.

In October 2018, the city reduced speed limits from 60km/h to 50km/h on five major corridors which together, accounted for a quarter of the city’s road deaths.

The effect of the speed reduction was immediate. In the first three months (October to December), there were 13 fewer fatalities, representing a 34% reduction compared to the same months in 2015, 2016 and 2017. 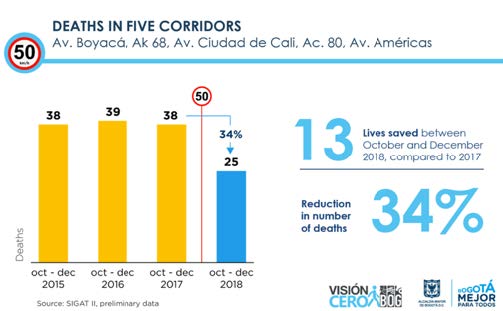 Through the BIGRS Initiative, the GRSF, iRAP and the ChinaRAP team have been supporting Shanghai’s Yangpu District Transport Commission in improving non-motorised traffic facilities on its streets.

Zhengtong Road in Shanghai was identified was a priority for the District to improve safety for the large number of students walking on the road wheeling their bags carrying books.

In association with ChinaRAP’s assessment, WRI worked with the Yangpu District Transport Commission on an upgrade design and in 2018, the upgrade was completed. 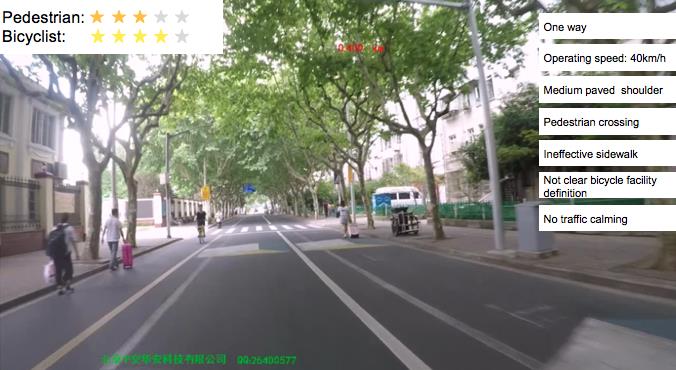 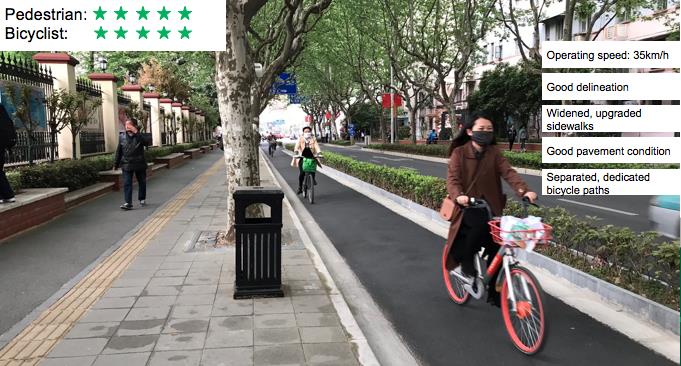 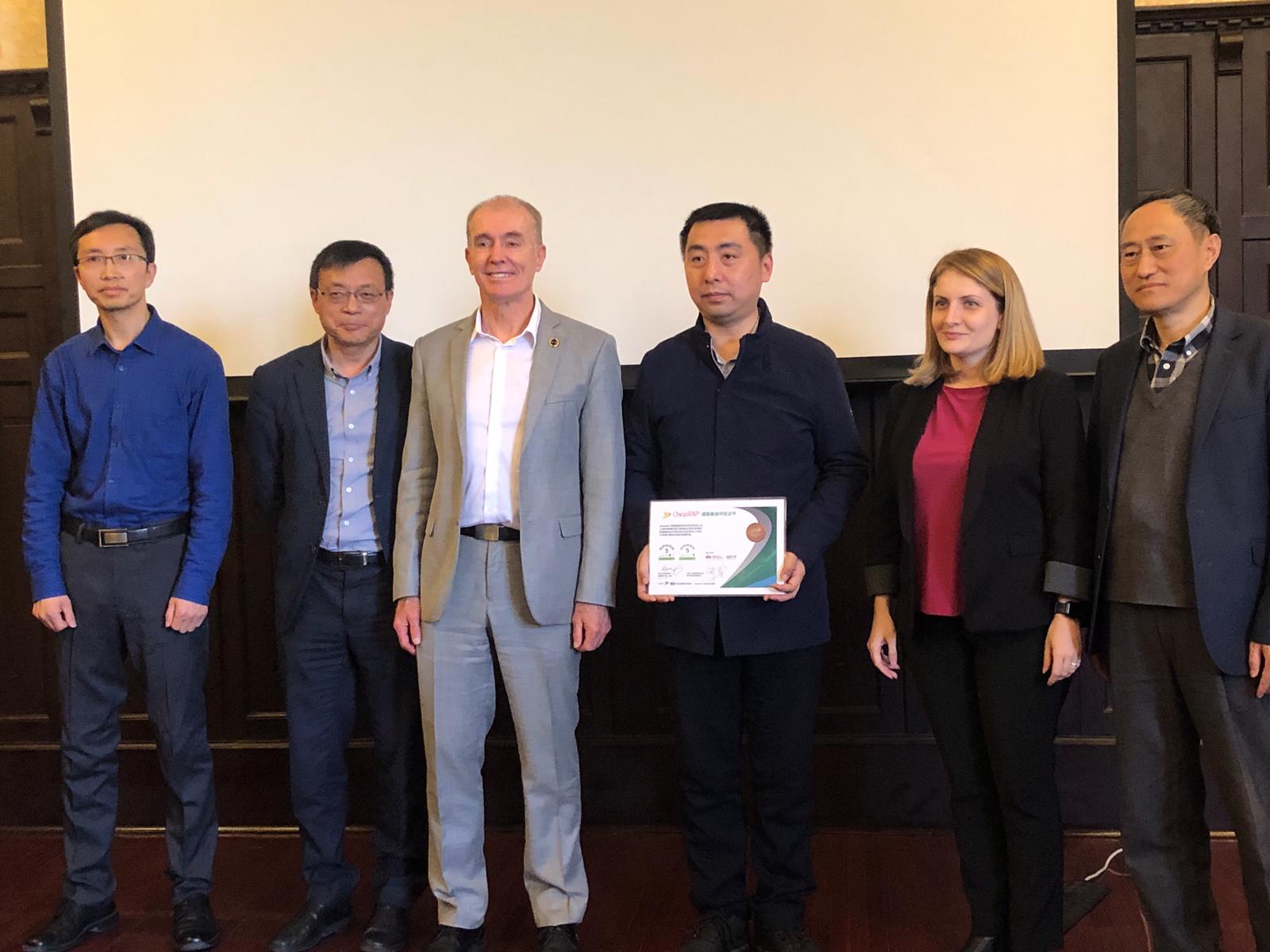 Partnerships are key to success!

The data generated for the BIGRS program forms a powerful basis for cities and countries to: 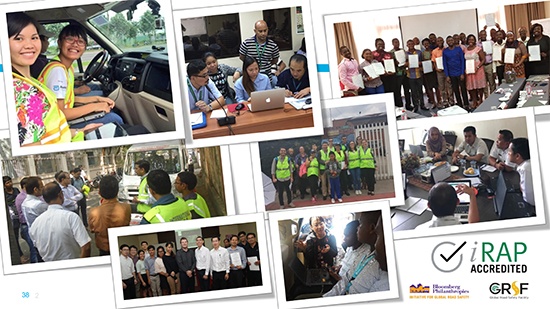 The capacity building efforts, combined with the fact that the iRAP methodology is freely-available to use, means that global communities have the potential to continue using and generating data in the future. Numerous city and country partners have expressed strong intent to continue implementation of identified countermeasures on the remaining networks to unlock the full potential of safer road design and safer speeds to save lives.