One of the most important highways in Brazil, the Nova Dutra Concession linking Rio de Janeiro and Sao Paulo, has successfully auctioned with an iRAP safety metric and investments of $2.73 billion to modernize and improve the safety of the road.

The Public-Private Partnership (PPP) will promote connectivity and access and is part of the International Finance Corporation’s (IFC) advisory mandate to structure and tender 10 road concessions of crucial importance for the country, totalling more than 6,000 km.

The BR-116/RJ/SP Concession is 402 km long and connects the two largest metropolitan regions. It is the main link between the Northeast and the South of the country, crossing 34 cities.

CCR S.A. won the auction with an upfront fee of $322 million.

The project is under the responsibility of EPL – Empresa de Planejamento e Logística S.A, Ministério da Infraestrutura and Agencia Nacional de Transportes Terrestres (ANTT), and has the financial support of the Global Infrastructure Facility and PSPInfra, a partnership between Inter-American Development Bank, Brazilian Development Bank (BNDES) and IFC to improve the offer of public services through the development of infrastructure projects in Brazil in partnership with  the private sector.

The news follows the May announcement by the Brazilian Minister for Infrastructure of the first incorporation of iRAP as a road safety metric on a federal road, with consortium EcoRodovias/GLP the winner of the R $14 billion contract on the BR-153 over 35 years.

During the fiscal year 2021, IFC mobilized $960 million in Public-Private Partnerships in Brazil. The projects are supporting key infrastructure sectors in the country, such as transport, energy and sanitation.

Working together, impact investment has the potential to unlock the Business Case for Safer Roads in Brazil and finance sustainable development in the country which promotes economic growth and improved health outcomes.

According to iRAP’s Vaccines for Roads Big Data Tool, with widespread application of low-cost maintenance safety treatments, well-targeted investment in infrastructure upgrades and safer speeds across Brazil’s road network, an estimated 13,708 lives can be saved every year if Target 3 is met. 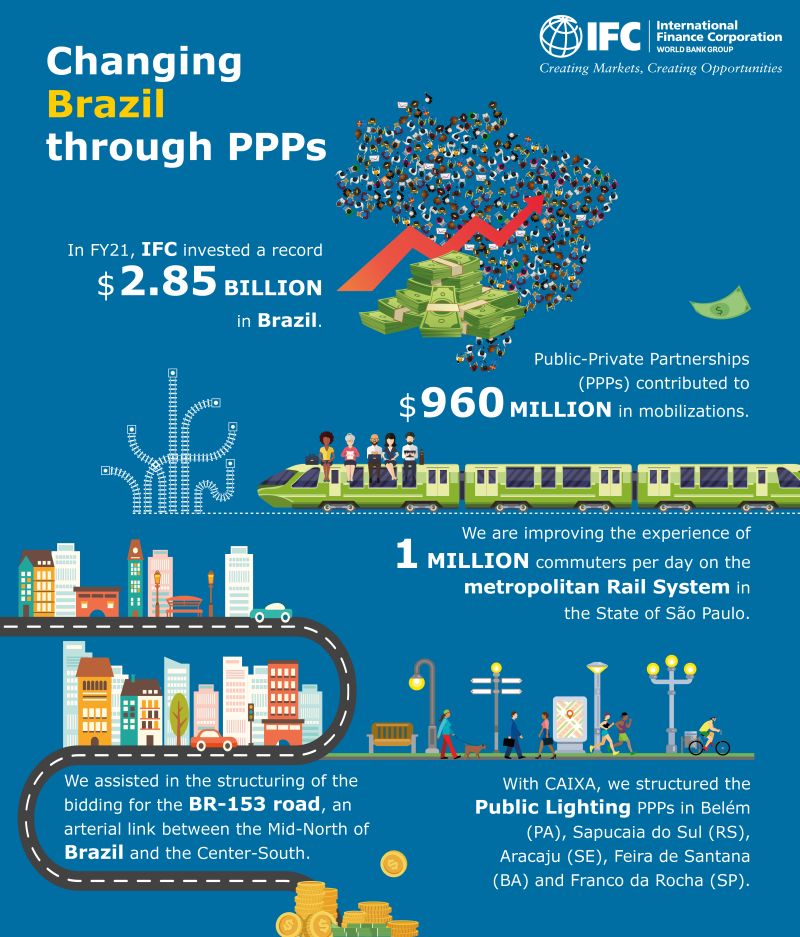