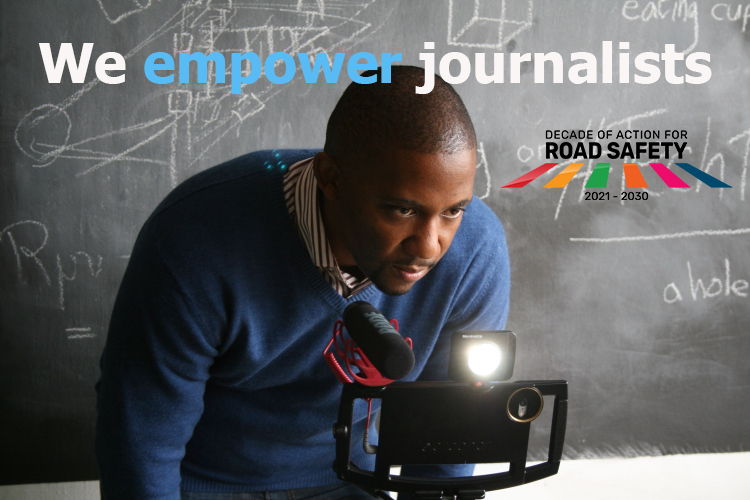 iRAP, in partnership with the World Health Organisation (WHO) and International Center for Journalists (ICFJ), recently trained 50 journalists to support the promotion of road safety in the media and Second Decade of Action efforts to halve global road deaths and injuries by 2030.

Journalists play a key role in promoting road safety; they disseminate preventive messages, promote safer behaviours and can advocate for political will to prioritise the issue and advance programmes for improved laws and safer roads, vehicles and systems.

With over 3,600 people killed and an estimated 100,000 seriously injured every day in road crashes, the media plays an important role in setting the social and political agenda to address this critical public health issue.

The Center has previously extended opportunities to 84 journalists from 45 countries to participate in road safety reporting programmes. The training sessions and global conferences work to strengthen participants’ knowledge and expand their access to experts with the goal of raising awareness and spurring dialogue around critical – yet underreported – road safety issues.

ICFJ trainees have produced more than 200 stories that have raised awareness about underreported safety issues, spurred public dialogue around urban infrastructure and policy, and engaged lawmakers.

The Center has also conducted three Training of Trainers series resulting in a core group of 30-45 journalism trainers scaling the programme’s impact across 15 target countries from the Americas, Western Pacific and South-East Asia, and Africa.

iRAP is proud to support the Center and World Health Organisation, and work with journalists in the promotion of road safety to eliminate high-risk roads. Achieving >75 per cent of travel on 3-star or better roads by 2030 stands to save an estimated 450,000 lives every year and 100 million deaths and serious injuries over the 20-year life of treatments.

Further information on ICFJ’s Road Safety Reporting Programme can be found at https://www.icfj.org/our-work/who-road-safety-reporting