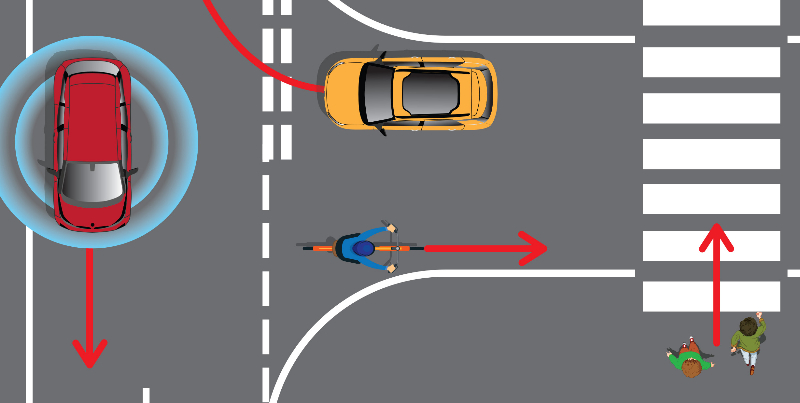 Serious crashes on inter-urban roads may be slashed by a quarter over the next 30-40 years with the introduction of automated vehicles. However, the journey may be far from easy, with a mixed fleet transition and vital need for roads that cars can read, according to a EuroRAP report released today.

New risks are likely to arise where road maintenance is poor (e.g. poor line markings missed by AV detection technology leading to crashes), in autonomous perception of traffic flow (e.g. an AV programmed to be cautious slowing to enter traffic where a conventional vehicle wouldn’t) and increasing levels of total vehicle travel, unless implemented with high vehicle occupancy priority and policies such as efficient road pricing.

The Report, the third in the “Roads that Cars Can Read” series, examines the relationship between road infrastructure and safety for conventional and increasingly-autonomous vehicles (AVs) and provides a framework for infrastructure safety investment.

EuroRAP Regional Director and report author Dr Steve Lawson said the transition to AVs is likely to take decades and alter the crash types and risks we’re dealing with, as well as crash liability and appropriate countermeasures for safety. Understanding these risks will be important to managing the transition with utmost safety.

“Increasing automation currently relies on clear road line markings and signs that can be reliably detected, and road users need to be able to anticipate AV manoevres accurately for safe, smooth traffic flow.

“Roads that cars can consistently and unequivocally read will be key to safety in the transition period as the common factor of reliance for both driver operated and automated vehicles,” Dr Lawson said.

The report, a joint initiative of EuroRAP, the UK Road Safety Foundation and iRAP summarises current crash patterns and countermeasures in Great Britain and illustrates with examples of crash countermeasures in the Netherlands and 14 countries through south-east Europe. It considers how each might change with the introduction of AVs.

The greatest crash risk for conventional vehicles on inter-urban roads involves run-off, head-on, intersection and shunt crashes. However this is likely to change with the introduction of AVs as lane-keeping technology, enhanced road positioning, speed management, vehicle to vehicle connectivity and autonomous emergency braking comes into play.

“Some current crash countermeasures may be needed less in the future than they are now. For example, barriers may be required less and the economic benefits of roundabouts over signal-controlled crossroads may be diminished. In some situations we rely on eye contact with other road users as a means of gauging safety and gaining permission to enter the traffic flow. What will be the effect of these elements with more AVs on the road?” Dr Lawson asked.

Example crash scenarios and potential effects considered in the paper in a world when half of all travel is by autonomous vehicles include:

“As the evidence base grows for driver assistance technologies and AVs, the need for infrastructure Star Ratings specifically for the self-driving car can be explored, and by considering fleet penetration over time, optimum investment priorities for road users that will maximise lives saved per unit of investment can be established,” Dr Lawson said.

“Extensive road assessment surveys to benchmark network conditions, behavioural studies to monitor the interactions of AVs and conventional vehicles, and the establishment of policies for 3-star or better road infrastructure and to ensure common standards are set by road authorities are recommended future steps,” Dr Lawson said.

“Increasing vehicle safety will make a significant contribution but the transition to universal use of autonomous vehicles will, at best, take decades.

“What we do know is that in the transition to AVs, and probably beyond that period, roads that cars can read, for example through good and consistent signing and lining, will be essential, as AVs at various stages of transition, and drivers of vehicles without an autonomous function, continue to rely on them.

“The shift to AVs should be prepared and planned for now, but should not be a distraction from the life-saving work that can be done using conventional approaches to crash reduction,” Mr Smith said.

The “Roads that cars can read: Tackling the transition to automated vehicles” report was released today at the EuroRAP General Assembly held in Rotterdam. It is the third in the series jointly produced in 2011 and 2013 by EuroRAP and Euro NCAP.

Other reports in the series –