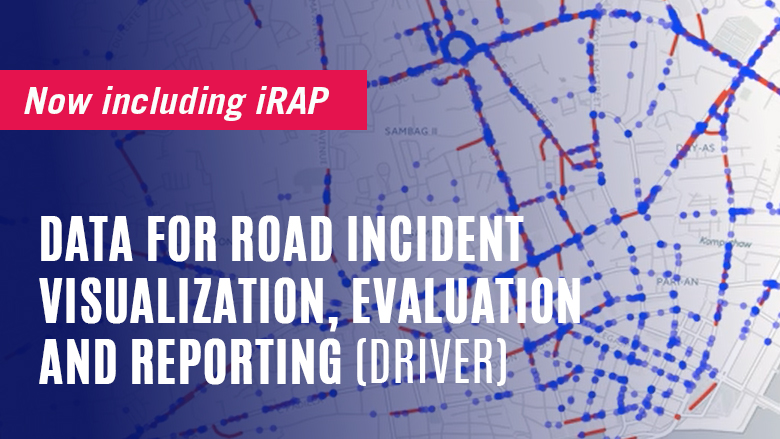 The Data for Road Incident Visualization, Evaluation, and Reporting (DRIVER) system, is an open-source platform that was developed by the World Bank Global Road Safety Facility working with the Philippines Government. The system aims to improve the collection, management, analysis, and reporting of road crash data by enabling multiple agencies such as the police, health care providers, and local/national government agencies, to geo-reference road crashes in a centralised database in real time.

iRAP Global Product Director James Bradford said the World Bank GRSF has been working with Aventior since November 2019 to integrate the ViDA API so that iRAP Star Rating Data and iRAP Toolkit content is included within the DRIVER platform.

“The now complete integration means DRIVER users who also have Star Rating results can overlay Star Ratings results over the crash data and explore suggested countermeasures that can be implemented to improve safety. The integration harnesses both powerful data sources for a holistic view to save lives,” James said.

iRAP’s software development team has provided technical support to Aventior in enabling DRIVER to use the VIDA API to fetch Star Ratings, core data, FSI estimations and countermeasures. The recording of countermeasures in DRIVER has also been aligned with iRAP’s Road Safety Toolkit.

Since its first pilot in two Philippine cities in 2013, DRIVER has been piloted in a number of countries, including Brazil, Bangladesh, India, Laos, Thailand, Vietnam, and Saudi Arabia. The platform is offered in multiple languages and Android and iOS apps have been developed for field data entry.

In addition to its multi-agency use, some of the other key features of DRIVER includes its ability to customize and share data with the public; to collate and compare across states, cities and countries that are using DRIVER; as well as to predict blackspots, economic costs of crashes, and track efficacy of interventions.

DRIVER supports the United Nations’ Sustainable Development Goals focused on health security and sustainable cities by enabling stakeholder organizations to better understand and visualize what is happening on the road networks around them. Armed with this valuable data, they are making informed decisions about future road safety improvements that have the potential to save lives. 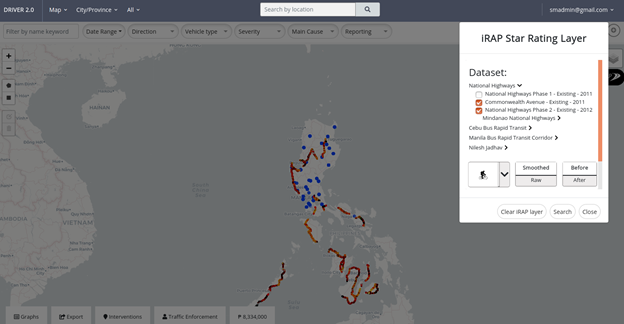 Selecting which ViDA datasets to fetch 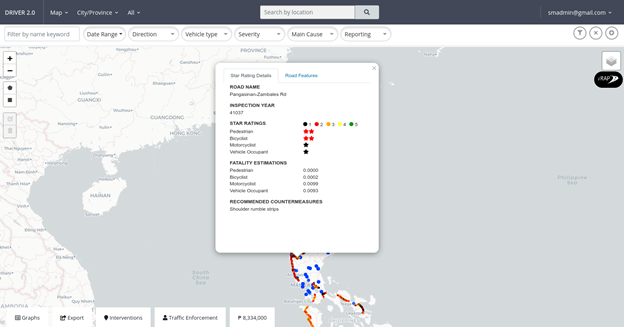 Interrogating Star Ratings data for a section of road 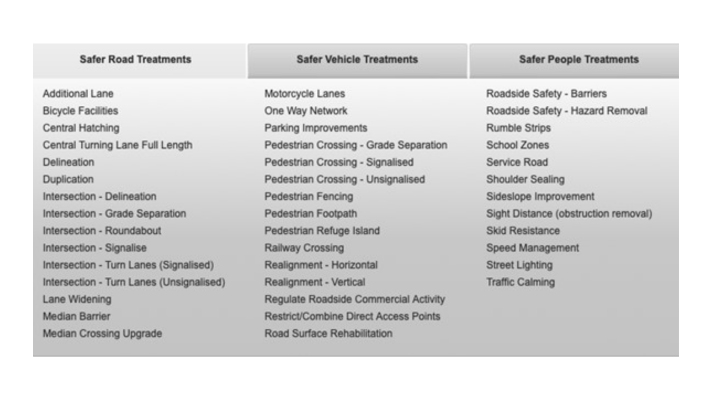