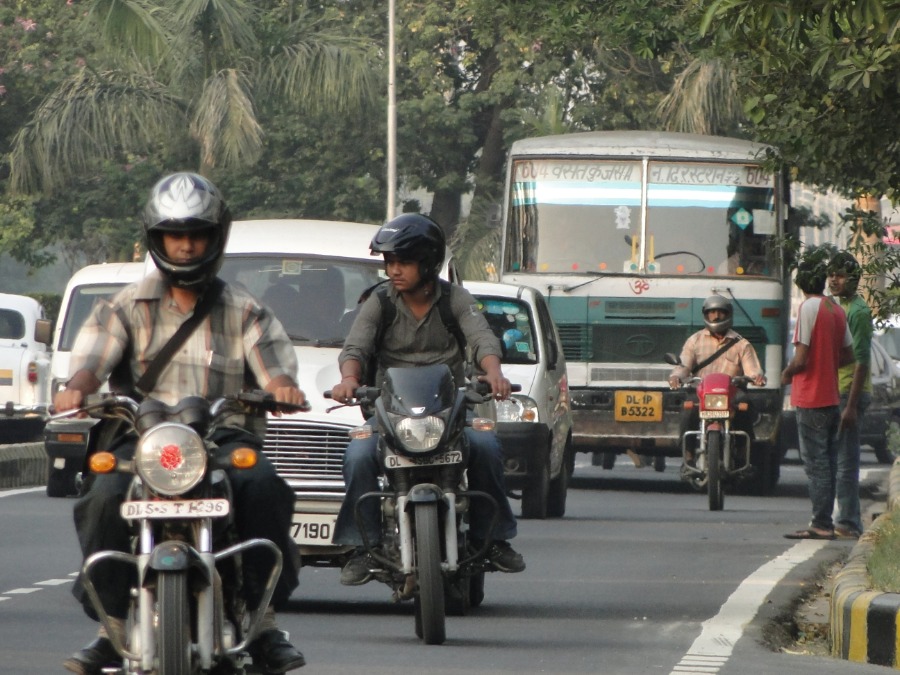 The World Bank and Asian Development Bank (ADB) have each announced USD$250 million in funding to support India’s Program for Strengthening Road Safety, an investment to be matched by the Government of India for a sum $1 billion investment in road safety.

The scheme will incentivise State governments to drive road safety interventions at the grassroots level.

The Union Ministry of Road Transport and Highways (МОРТ) is set to roll out the new State Support Programme for Strengthening Road Safety to help realise the vision of ‘Zero road fatalities on Indian roads.’ The centrally-sponsored 6-year programme will be implemented in 14 States that are now contributing to 85% of the total road fatalities in the country.

Of the total cost, around 90% will be disbursed to the 14 States based on their performance while MoRTH will use the remainder for capacity building activities.

“We have assessed over 25,000km of roads so far and we have local capabilities to perform large scale assessments that lead to identification of high-risk corridors.

“We congratulate the World Bank on its historical support of India at a national and state level to do iRAP assessments on networks,” Dr Gangopadhyay said.

With only 1 percent of the world’s vehicles, India accounts for almost 10 percent of all crash related deaths. The poor households bear a higher proportion of the socio-economic burden of road crashes due to loss of income (over 70 percent of crash victims in poor households), high medical expenses and limited access to social safety nets. According to a World Bank study, road crashes are estimated to cost the Indian economy between 5 to 7 percent of GDP a year. Official government data show that each year road accidents in India kill about 150,000 people and injures another 450,000.  More than half of the victims are pedestrians, cyclists, or motorcyclists and almost 84 percent of all fatalities are among road users between the working ages of 18-60 years.

“The World Bank’s India Road Safety Project will support the Government of India’s efforts to reduce incidents of road crashes by creating efficient institutional mechanisms for safer roads, vehicles, and enforcement in the country and strengthening efforts to provide better on-the-spot care to victims of road crashes,” said Hideki Mori, Acting Country Director, World Bank India. “This will help in reducing the impact road crashes have, especially on the poor, and the economy and human capital.”

Road safety interventions face a unique challenge in India as the management is spread across different tiers of government. The project will focus on strengthening and streamlining the management capability of the lead agencies for road safety in the states.

To reduce incidents of road crashes, the project will establish a national harmonized crash database system, the analysis of which will be used to construct better and safer roads.

Women face the indirect brunt of road accidents. Recognizing this challenge, the project has a special focus on gender and will promote women’s representation in management roles in the road safety sector. The project will also provide employment opportunities for women especially, in post-crash care command and control centres.

To better manage post-crash events, the project will help strengthen pre-hospital emergency care services for road crash victims. This will include setting up a single accident reporting number, increasing the network of basic and advanced life support ambulances and, training first responder caregivers to road crash victims on the spot.

The $250 million variable spread loan from the International Bank for Reconstruction and Development (IBRD) has a maturity of 18 years including a grace period of 5.5 years.

A dynamic ranking system, based on monthly and yearly performance, in road safety interventions, will be set in place for the states.

The indicators for measuring performance will be at outcome levels for accident fatalities, as well as identified interventions covering institutional, accident risk mitigation, accident response, and awareness.

Subject to specified metrics being achieved, MORTH would pass on ADB’s financial assistance of $250 million and funds from its budgetary sources as a grant to the states.

Reported in The Hindu, “This is an output and outcome-driven scheme wherein the performance of the States will be assessed on 11 mandatory and three elective indicators (road safety interventions). The grants will be distributed to the States based on the Key Performance Indicators,” top official sources reported.

The preliminary project report prepared by MoRTH says the Motor Vehicle Amendment Act (2019) was brought in as an important intervention to achieve the fatality reduction target.

“To leverage the strengthened law, it is necessary to have focused interventions in the related areas of road safety like road engineering, enforcement, road safety advocacy and media campaigns and efficient emergency response systems. The States need to be supported to act on result-oriented strategies. Hence the new scheme,” the sources said.

The new scheme targets to reduce the fatality rate by 30% by March 2027.

Cyclists, two and three-wheeler riders and pedestrians have been identified as ‘vulnerable road users’ who comprised about 54% of road traffic deaths in India. Under the new scheme, performance-based indicators have been proposed with the aim of reducing the impact of road accidents on these vulnerable users.

An Integrated Road Accident Database (IRAD) will be rolled out in all States by 2022-23 and applied for identifying and rectifying all black spots on State highways and major district roads.

Road safety audit will be made mandatory on State highways and urban roads by the end of the scheme period.

From 2022-23, MoRTH will launch a ‘Challenge Round’ every year to provide incentives to States on additional road safety interventions and also to promote competition among States.

“The grant will only meet partial fund requirement for the scheme. States are expected to make their own budgetary allocations and also implement projects in Public-Private Partnership mode,” MoRTH told the States.

Independent Verification Agencies will scrutinise the States’ achievements, based on which the Central grant will be released.

Some of the other major interventions mooted under the scheme are: Installation of speed management devices on urban roads in cities with a population of over four lakh, State highways and national highways for increased enforcement, a unique number for reporting accidents, development of dedicated lanes for two-wheelers on State highways and urban roads and identification of priority corridors.

State Education Boards will be required to introduce a chapter on road safety for classes 6-9 in 2022-23 and up to class-12 the next year on.

Deployment of Advance Traffic Management System, campaigns on vehicle safety and driver training, establishment of a Command and Control (Data) Centre for ambulances, establishment of automated vehicle fitness centres are some of the other initiatives planned under the scheme.