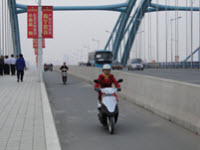 A new report published by ARRB Group examines issues that are thought to be preventing the uptake of ‘Safe System’ infrastructure in low- and middle-income countries.

The report is a summary of a workshop held in Bangkok, Thailand as part of the 2012 GRSP / iRAP Asia Pacific Workshop involving delegates from governments and road authorities around the Asia-Pacific region. The aims of the workshop were to raise awareness of Safe System infrastructure treatments, such roundabouts, safety barriers and pedestrian crossings, and explore factors impeding their implementation.

Although cost was often cited as an impediment, factors relating to design, user compliance and maintenance were also considered to be very important.

The outcomes of the workshop will help road authorities, researchers and industry understand ways in which the uptake of highly effective infrastructure treatments can be accelerated. The information will also be used to update the Road Safety Toolkit.

Are you a software developer who wants to help save lives?

We are looking for a PHP / JavaScript developer, who is dedicated to their craft, writes code to be proud of and can hit the ground running.

You will be a part of a small creative team  that is responsible for all aspects of the ongoing software development from the initial specification, through to developing, testing and launching.

For more information, take a look at: http://www.linkedin.com/jobs?viewJob=&jobId=6867817. 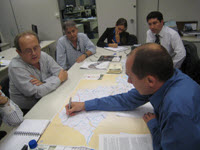 ‘Orange Angel’ and ‘Brazilian Angel’ on the road!

Following the completion of road inspections by the ‘Orange Angel’ and the ‘Brazilian Angel’, assessments are now being carried out for more than 4,000km roads in the State of Sao Paolo, Brazil.

As part of the project’s capacity building and communications strategy, local stakeholders and World Bank representatives recently participated in a workshop on the iRAP methodology and expected outcomes of the project. 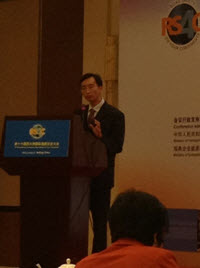 Hundreds of participants from around the world visited Beijing for the Road Safety on Four Continents (RS4C) conference, the 16th in the series.

ChinaRAP played a high-profile role at the conference, including by participating in “Sharing Road Safety – International Workshop in Scientific Safety Estimation” (co-sponsored by Research Institute of Highway of China, Beijing University of Technology, ITF/OECD, TRB, VTI) and the “Sharing solutions for transitioning economies” workshop (co-sponsored by GRSF and the World Bank).

The event also provided the opportunity for high-level discussions with Ministry of Transport and the Ministry of Public Security officials. 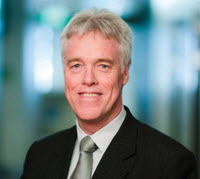 Gary Liddle joins our efforts to save lives

I am delighted to announce that Gary Liddle, the Chief Executive of VicRoads (an Australian state government road agency), has joined the iRAP Board.

Gary also brings a wealth of experience from his work with Austroads, ARRB Group, the World Road Association (PIARC) and REAAA.

When it comes to road infrastructure, lives are not saved until safety treatments are built. We can eliminate 1- and 2-star roads and celebrate the opening of new 4- and 5-star roads.

With large-scale safety programs already saving lives in Victoria, Gary’s practical experience will help guide our work globally as we partner with road authorities, development banks and auto-clubs to achieve our vision of a world free of high-risk roads. 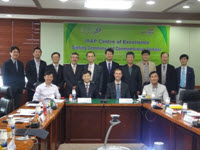 The Korea Transport Institute (KOTI) and iRAP have signed a Centre of Excellence agreement, which will support efforts in the development of road infrastructure safety in Korea as well as in the international community.

Speaking at a special seminar, KOTI Pesident, Gyenchul Kim, said: “To achieve high performance on road safety, all road safety factors including road users, vehicles, and road infrastructure should be safer than now. We are showing a high level of seat belt usage compared to 20 years ago. We are also making vehicles which compete with the other safer cars around the globe. Now is the time to make road infrastructure safer in the world.” 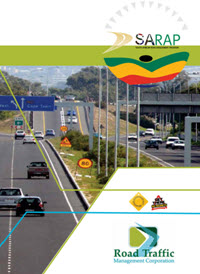 RMTC, the lead agency for road traffic management in South Africa, has established the South African Road Assessment Program (SARAP) to help prevent the more than 14,000 road deaths that occur each year in the country.

The initiative will draw on the co-operation and dedicated support of stakeholders such as the Department of Transport, Ministry of Finance, SANRAL, SARF, Road Accident Fund, SALGA, South African Police Service, Universities and CSIR.

‘Designing safer roads for all’ was the theme of a week-long road engineering safety training course held in Bangalore, India.

Participants from across India and nearby countries had the opportunity to learn about Star Rating road designs, crash investigations, road safety audits, black spot management, engineering treatments for run-off, head-on and intersection crashes, and designing for vulnerable road users and mixed traffic.

The course was closely linked with iRAP assessments, which now cover some 6,500km of roads in seven Indian States. More than 100 engineers have participated in iRAP-specific training since 2010.

Importantly, investments to improve many of the roads assessed with iRAP tools have been locked into World Bank-financed projects, estimated to be worth more than USD 3.5 billion. Designs for almost 30% of the roads assessed have already been Star Rated, helping to ensure that safety is built-in to the plans prior to construction.

The course culminated in a site visit to the Mysore safe demonstration corridor which will soon be upgraded. Visit our Flickr page to see photos of the visit.

The training course was an initiative of the GRSF and provided as part of the Bloomberg Philanthropies global road safety program. 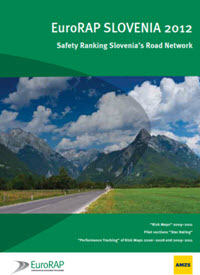 In the first report of its kind, AMZS have brought together results from all RAP protocols for roads in Slovenia.

Risk Mapping results on 6,500km of the road network for the period 2006-2011 showed that motorways and expressways are the safest road type, with an average fatal and serious crash rate 6 times lower than main roads and 8 times lower than regional roads. Just 1% of the network fell into the higher risk categories compared to 23% of main roads and 31% of regional roads. Performance tracking over time showed a significant improvement in the proportion of the network rated higher risk compared to 2006-2008.

The report includes results from pilot road inspections covering 270km. Over 90% of the expressway routes achieved a 4-star rating, with a lack of paved shoulders identified as a key roadside hazard. Main road sections scored much lower, with the majority rated as 1- or 2-stars. Narrow driving lanes, steep embankments and poor junction layout were identified as problem areas.

A detailed Safer Roads Investment Plan on the main road from Ljubljana Kocevje-Petrina showed that improving intersection layout, widening lanes and adding paved shoulders and roadside barriers on just 32km of road would require investment of €2 million and would yield a €16 million return over 20 years, equating to a benefit cost ratio of 7.5. 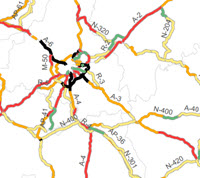 The report comes at time of considerable budgetary constraint in Spain, and it is argued that targeted investment on road sections with the highest crash costs will save lives and money.

Currently, while the average crash cost per km on the national road network stands at €64, investment in road maintenance stands at just €38 per km. 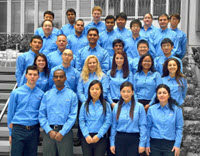 Apply to become an IRF Fellow

By applying to become an IRF Fellow, you could follow in the footsteps of passionate road safety supporter and member of the ChinaRAP team, Wu Lingtao.

The IRF Fellowship Program enabled Lingtao take up study at Texas A&M University in the United States, meet some of the best international students in the country and network with leaders of the transportation industry.

The program provides a one-time graduate level scholarship to young professionals from developing countries who have strong academic backgrounds, professional qualifications, leadership potential, and a commitment to return to their respective home countries after graduation.

For more information on how to apply, visit: www.irfnews.org/fellowships. 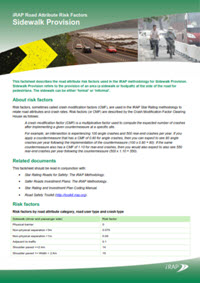 To coincide with the first major update of the iRAP methodology since it was pilot-tested in four countries in 2006, we have published a new series of fact sheets.

The 28 fact sheets describe the risk factors (or crash modification factors) used in the models for attributes such as lane width and sidewalk (footpath) provision, and include discussion on key issues and references to published literature. The fact sheets are available at irap.org and on the Road Safety Toolkit.

We are also in the process of updating the existing methodology documents, addressing topics such as the way in which crash initiation modes are handled in the models and how the Star Rating thresholds are set. The documents will be free to download when they’re ready.

In the meantime, if you have any questions about the iRAP methodology, please contact us. We will be happy to answer your questions. 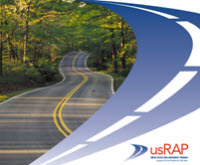 During a recent webinar the AAA Foundation for Traffic Safety explained how usRAP is transitioning from pilot projects to become an operational program. Having demonstrated through a three-phase pilot period how it can complement existing safety management programs in...

How safe are roads in India? 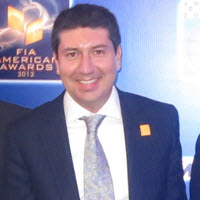 The 2012 iRAP Asia Pacific Star Performer award recognizes action by the Karnataka State Highway Improvement Program (KSHIP) and the World Bank to ensure that safety is built-in to designs for new roads and major upgrades, prior to construction.

The winners of the 2012 award were announced during the recent Global Road Safety Partnership (GRSP) Asia Seminar and International Road Assessment Programme (iRAP) Workshop in Manila, and a special ceremony will also be held during a Global Road Safety Facility engineering workshop in Bangalore in June.

Karnataka was the first jurisdiction in the region to commit to setting minimum Star Ratings for new road designs.

The commitment is consistent with the Commission for Global Road Safety recommendation that desired design speeds for new roads should be subject to achieving minimum safety ratings.

The steps taken to date include:

Overall, the annuity road process resulted in designs with significantly better Star Ratings than the existing roads and standard designs.

For example, the percentage of road rated one-star or two-stars for vehicle occupants would be reduced from 86% to 2%. For pedestrians, the percentage of high risk roads would drop from 100% to 12%.  It was estimated that the new designs would result in 55% fewer deaths and serious injuries than currently occur.

The work in Karnataka is part of a larger program of iRAP assessments in India, designed to help reduce the estimated 231,000 road deaths that occur each year. During the past three years, almost 6,500km of roads in seven States have been assessed and more than 100 engineers have participated in training. Star Ratings are now being used to help improve the safety of designs on numerous road corridors.

iRAP in India is being delivered in partnership with Public Works Departments and local firms, and is supported by the Global Road Safety Facility and Bloomberg Philanthropies.  iRAP’s activities are enabled by funding from the FIA Foundation and the Road Safety Fund.

The annual iRAP Asia Pacific Star Performer award is given to organizations that have embraced the iRAP vision for a world free of high-risk roads. Previous winners come from Malaysia, Vietnam, New Zealand and the Philippines. 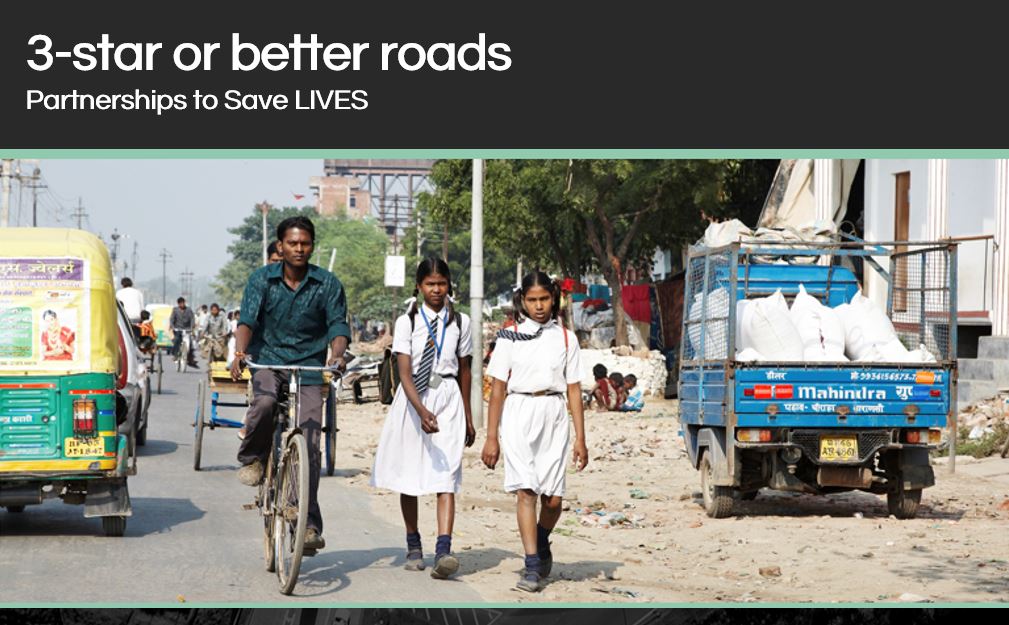 The 5th annual iRAP Asia Pacific Workshop will be held on Thursday 4 April, 2013 in Manila.

As in previous years, the workshop will be held as part of the GRSP Asia Road Safety Seminar (2-3 April, 2013). The 2012 event brought together hundreds of people from more than 20 countries.

iRAP workshop participants will include road authority engineers, policy makers, automobile association staff, researchers and consultants. People will have the opportunity to: 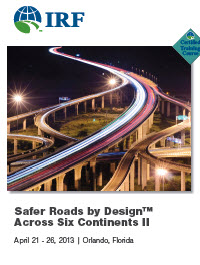 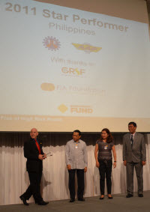 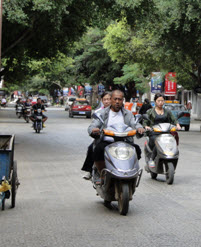